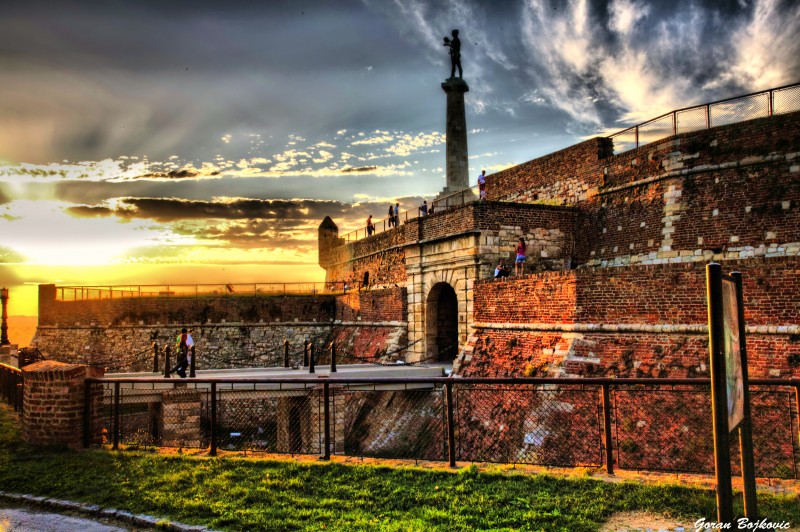 Most people would say they know all there is to know about Belgrade. They would describe the Serbian capital as a city with a rich culture, monuments at every step and a buzzing nightlife. But that’s not even the half of it! To this day, this intriguing metropolis manages to surprise not only tourists, but the people who spend every day walking its streets.

The city of Belgrade is a place where worlds collide, where ancient history merges with medieval times which again merge with the contemporary age. Located on the intersection of the Danube and the Sava river, it was destined to be the centre of Balkan culture.

The White City was fought over countless times, destroyed and rebuild times over, and as a result emerged with a strong spirit which can be found in its architecture, landmarks, in its people and the overall way of life.

However, the pace in the Serbian capital is rather hectic, and this is why even Belgraders remain oblivious to the curiosities and secrets their city hides. That’s why we decided to tell you some fascinating facts about Belgrade rarely who knows:

Belgrade rests on the remains of an ancient city

Today there isn’t a single location in old town Belgrade that doesn’t hide remnants from the Roman period! In fact, the first urban settlement was built here in the 3rd century BC by the Celts. 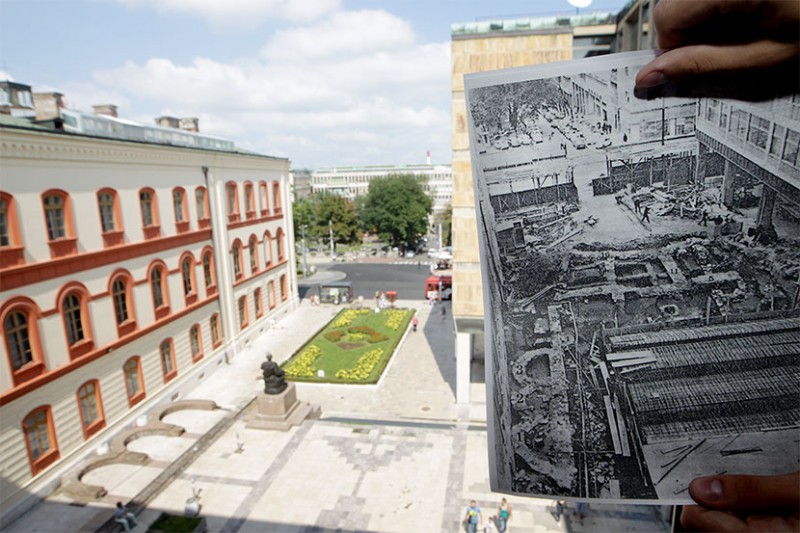 It was then conquered by the Romans in the 1st century BC and named Singidunum.

Vinča, a culture older than the Mesopotamian

Belgrade is one of the oldest cities in Europe with settlements continuously existing here for at least 7000 years. Not far from Belgrade center resides a culture older even than the settlements in Mesopotamia. 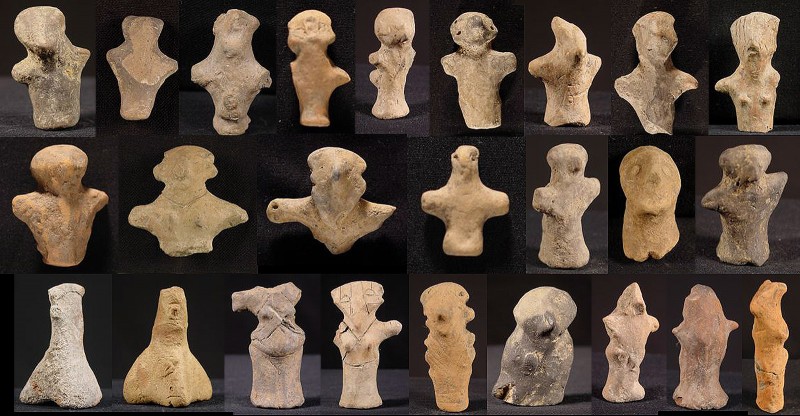 Built in the 6th millennium BC, Vinča was one of the most prominent cultures in Bronze Age.

With the Celts naming their settlement Singidūn(on), Belgrade went from that to Singidūnum, and since then it has been known by many names including: Alba Graeca, Alba Bulgarica, Fehérvár, Nandoralba, Nándorfehérvár, Landorfehérvár, Weißenburg and Griechisch-Weißenburg, Castelbianco, Veligrad(i)on or Velegrada, Dar Al Jihad (House of War), Belgrat, Prinz Eugen Stadt. But the name that stuck to this day is Beograd (The White City), mentioned for the first time in 878 in a Papal letter to the Bulgarian ruler Boris I.

A cave in the middle of the city

In the city centre, beneath the church of Saint Mark’s on Tašmajdan there is an actual cave. 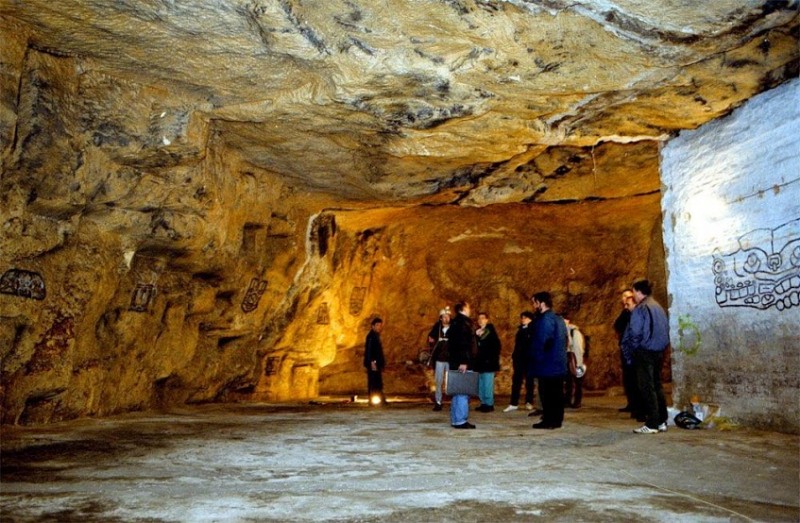 The Šalitrena cave was used in the Roman period to excavate a type of stone mostly used to make sarcophaguses (which have later been unearthed all over Belgrade).

In the 5th century, the Belgrade fortress was destroyed by the Huns and in the early Middle Ages saw an onslaught of Barbarian tribes, including the Slavs. A legend even says that Attila’s grave lies at the confluence the Danube and the Sava river, more precisely under the very fortress. 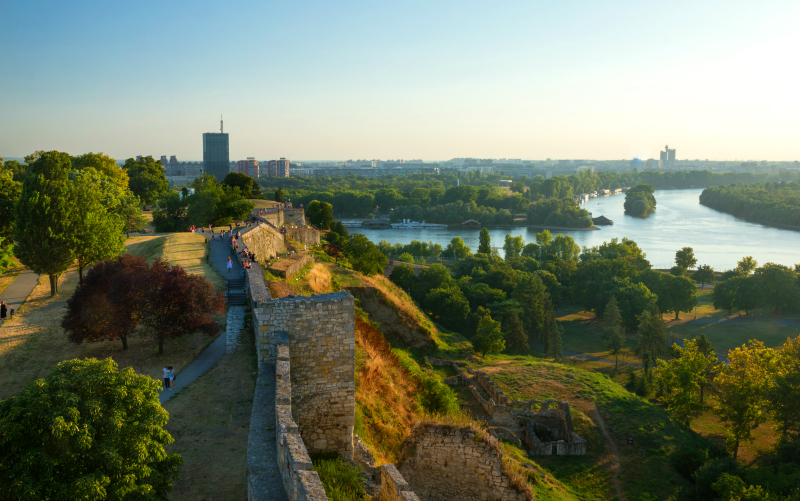 Once Kalemegdan was a fortress (kale) and a field (megdan), and now it is one of the most important cultural-historic sites, a park and a playground, a lookout and a Zoo, a concert venue and so much more.

In Belgrade, there’s a city underneath the city

Belgrade has so many secrets, but one of them hides inches below the surface. Literally. More than one hundred caves, canals, tunnels, passages tell the story of its connection to various empires and states that ruled here over the ages. 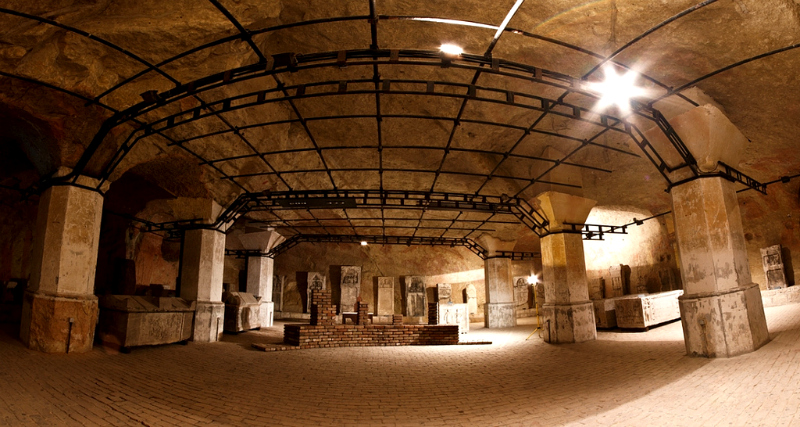 As such, underground Belgrade has always attracted tremendous attention. Roman halls and aqueducts, Tito’s secrets as well those of  Communist Information Bureau spies – you can find them all beneath Belgrade.

The depths of the legend-laden Roman well

One of the major Belgrade attractions is most certainly the Roman well with its two spiral sets of 212 steps. This well is 62 metres deep, which is 10 metres deeper than Belgrade’s lowest point, and full of mysteries. 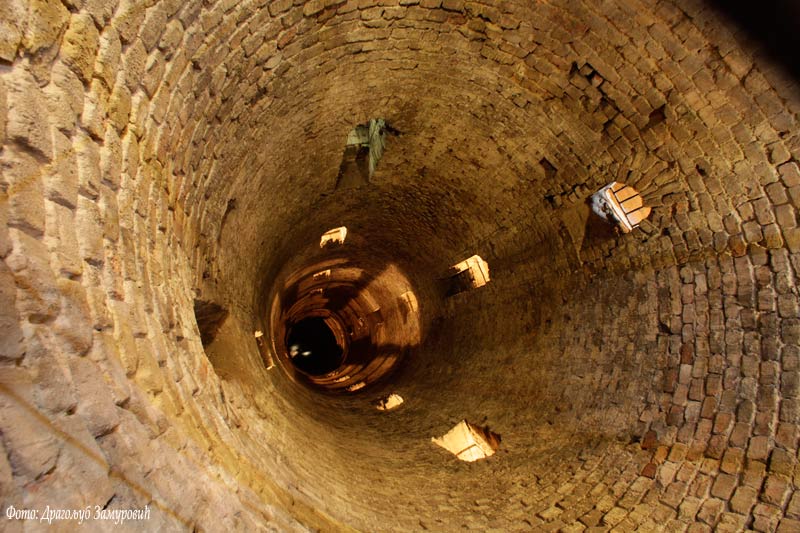 As the legends regarding the well started to get mixed up over time, some people now believe that the two skeletons found in the 1960’s were the remains of the Austrian traitors that were left to kill each other, while others believe that these were the bodies of German treasure hunters.

The existence of Freemasonry has been one of the biggest and best-kept secrets for centuries now. But Masons have reached Serbia. In fact, a lot of buildings in Belgrade bear the symbols of freemasonry. 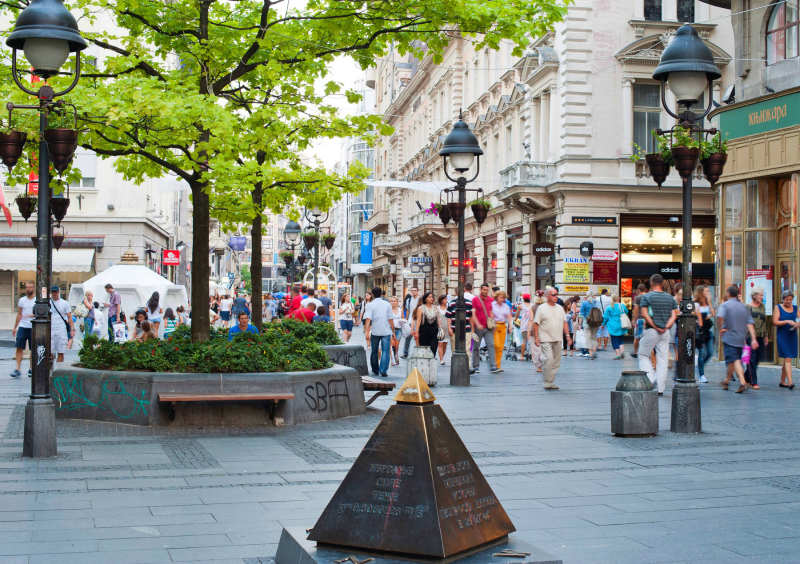 Even more interestingly, the tomb of Branislav Nušić was built in the shape of freemasons’ unfinished pyramid and on the tomb of Živojin Mišić there’s another of their symbol – an acacia branch.

Belgrade has its own silicon valley

However, it has absolutely nothing to do with computers or technology. The Strahinjića Bana Street is popularly called the Silicon Valley because of the cosmetically enhanced attributes of the women who like to visit the many bars and restaurants of this Belgrade neighbourhood.

The first kafana in Europe

We all know and love kafanas, but do you know when and where the first one ever was opened? According to many historians, the first kafana in Europe was opened in Dorćol in 1522. 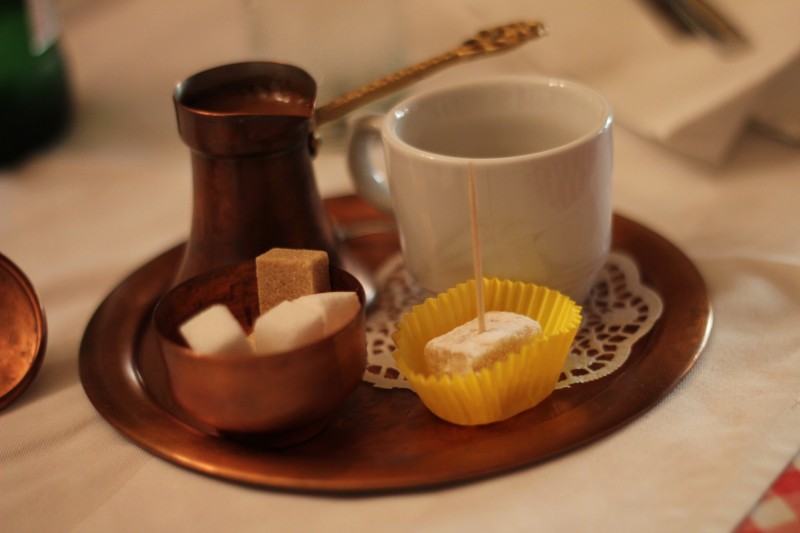 This establishment served only black coffee (crna kafa). And that is supposedly how this Serbian institution got its name – “kafana”.

Duck hunting on the city square

One of the many peculiar and quirky traditions of Belgrade that rarely who knows is that during the early 19th century the Slavija square had been a famous hunting ground. The property was bought in 1878 and owned by a Scotsman called Francis MacKenzie. The locals used to gather here and go hunting for wild ducks.

The Church of Saint Sava on Vračar is one of the most recognizable symbols of Belgrade. Its dome is 70 metres tall and on top of it is a 12 metre high gold-plated cross. 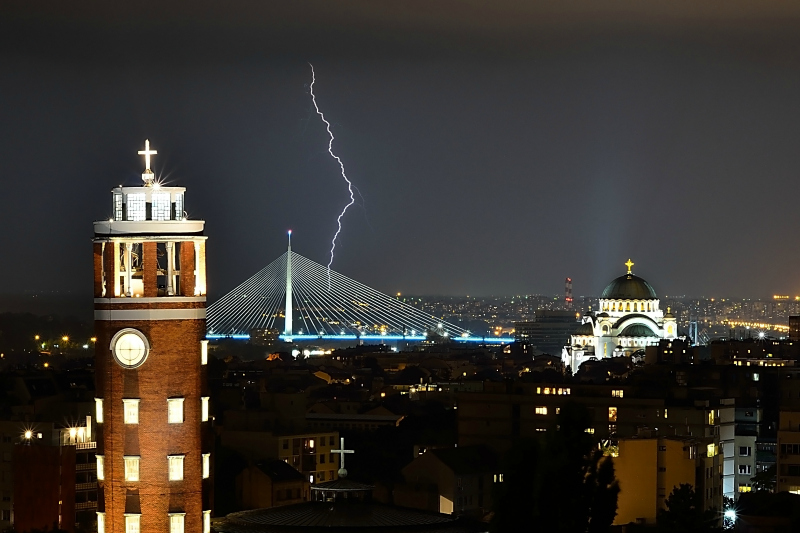 The White Fenix: razed to the ground 44 times

If we told you that Belgrade had been fought over in 115 wars and razed to the ground 44 times, would you believe us? Well, it’s true! Because of its strategic location at the confluence of the two rivers, the White city found itself at the intersection of Western and Oriental Europe. 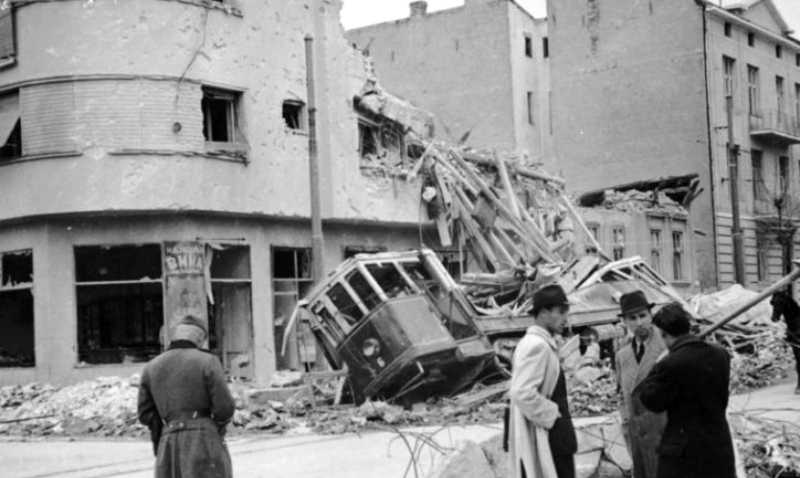 Due to this, its history left it no choice but to be conquered by the Celts, Romans, Goths, Huns, Ottomans, and then fought over by the Ottoman and Austro-Hungarian Empires. But Belgrade always “bounced back to its feet”.

In Belgrade partying is a water sport

Apart from the famous kafanas, surplus of bars, cafes, pubs, clubs, when it comes to party tricks Belgrade has one more ace up its sleeve! Belgraders and their tourist friends party all year round on “splavs” – bars and clubs on permanently moored boats along the banks of the Danube and Sava river. 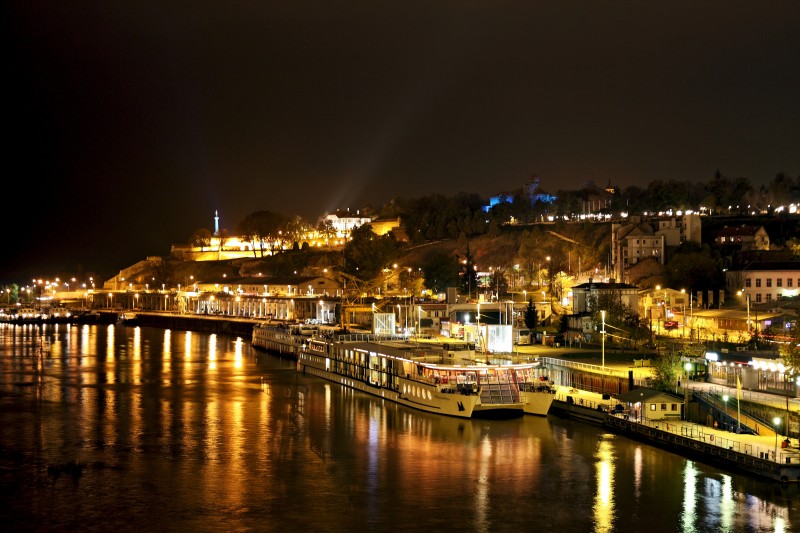